AAPA is an official supporter of the WHIAPPI’s Bullying Prevention Awareness Campaign that is set to launch in mid-October. WHIAPPI has also lined up major support from Twitter, YMCA of USA, the Center for Asian American Media, and Brown Girl magazine.

Please email us at ulashmind@gmail.com and sumie.okazaki@nyu.edu if you’d like to be a part of this effort.

AAPA members Dr. Sumie Okazaki, Ulash Thakore-Dunlap LMFT, Dr. Cixin Wang, and Dr. Munyi Shea received the American Psychological Association (APA) PILC award to work on creating and disseminating a resource based on guidelines on bullying and victimization among Asian American and Pacific Islanders (AAPI) K-12 students to school professionals and parents. AAPA aims to address the lack of knowledge and resources on AAPI students experiencing bullying in the community by creating a practical resource for teachers and parents on AAPI bullying and to disseminate the materials online in ways that are accessible by school administrators, academic counselors, school-based mental health professionals, teachers, and to parents. The guidelines have been created in 4 languages (Chinese, English, Korean, and Vietnamese) to distribute through conferences and workshops. We plan to also disseminate the guidelines electronically by sharing the products and materials with the APA Safe and Supportive Schools Program as well as other social media tools and websites, making it accessible to all. 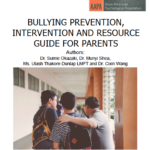 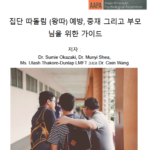 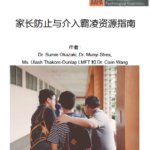 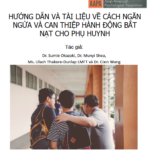 Benner, A. D. & Kim, S. Y. (2009). Experiences of discrimination among Chinese American adolescents and the consequences for socioemotional and academic development. Developmental Psychology, 45(6), 1682-1694.

experiences of discrimination and stereotyping. Qualitative Research in Psychology, 4, 187-205.